Why Is My Bearded Dragon Not Eating? 16 Reasons

“Why is my bearded dragon not eating is a popular question among new pet owners. Bearded dragons are popular pets, but they can be fickle when it comes to eating. Most of the time, a … 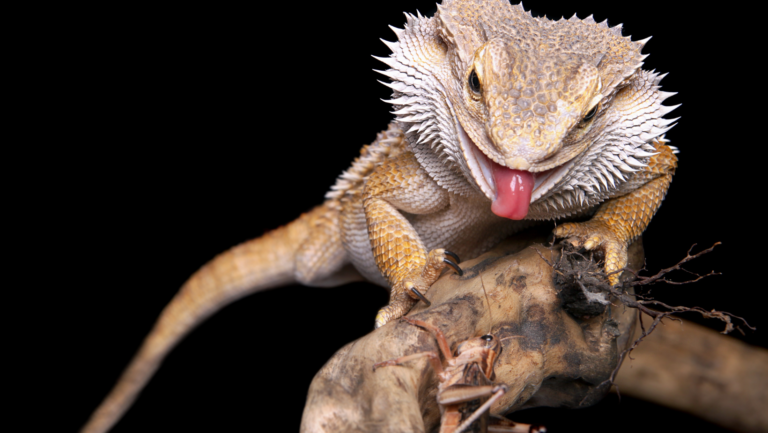 “Why is my bearded dragon not eating is a popular question among new pet owners. Bearded dragons are popular pets, but they can be fickle when it comes to eating. Most of the time, a lack of appetite is due to something minor, like a routine change or a stomach bug. But sometimes it’s indicative of a more serious problem. If your bearded dragon isn’t eating, here are 16 tips to consider.

1. Not Getting Enough Daylight

One of the most common reasons why bearded dragons don’t eat is because they’re not getting enough daylight. Bearded dragons need at least 12 hours of daylight a day to stay healthy. If your dragon isn’t getting enough light, increase the amount of time it spends outside or move it to a room where there’s more natural light.

2. A Change In Routine

Bearded dragons are creatures of habit, and they don’t like change. If you’ve recently changed your dragon’s diet, bedtime, or playtime routine, it may not be eating because it’s confused or stressed. Go back to the old routine until your dragon gets comfortable with the new one.

Bearded dragons can get sick just like people can, and one of the symptoms is a lack of appetite. If you think your dragon may have a stomach bug, take it to the vet for a diagnosis.

If your dragon isn’t eating, it could be because its diet is wrong. Bearded dragons need a diet that is high in protein and low in sugar. If you’re not sure what to feed your dragon, ask your vet for advice.

5. A Change In Temperature

Bearded dragons are sensitive to temperature changes, and a sudden drop in temperature can make them stop eating. If your dragon’s enclosure is too cold, increase the temperature gradually until it’s back to normal.

6. A Problem With the Enclosure

If your dragon isn’t eating, it could be because there’s something wrong with its enclosure. Bearded dragons need a clean, spacious enclosure with plenty of hiding places. If the enclosure is too small or too dirty, it can stress your dragon out and make it stop eating.

Bearded dragons can also get vitamin and mineral deficiencies, which can cause them to stop eating. Make sure your dragon’s diet is well-balanced and includes a variety of fruits and vegetables. If you’re not sure what to feed your dragon, ask your vet for advice.

If your dragon isn’t eating, it’s important to take action right away. Bearded dragons can quickly become dehydrated and malnourished, so it’s important to get to the bottom of the problem as soon as possible. If you’re not sure what’s causing your dragon’s lack of appetite, take it to the vet for a checkup.

Sometimes a lack of appetite is due to a medical problem, like an infection or impaction. If you’ve ruled out all of the other reasons why your dragon isn’t eating and you still can’t figure out why it’s not eating, take it to the vet for a diagnosis.

If your dragon isn’t eating, it could be because it’s shredding. Bearded dragons shred to mark their territory and let others know they’re there. If you think your dragon is shredding because it’s stressed or confused, go back to the old routine until it gets comfortable with the new one.

Although there are many reasons a bearded dragon may not be eating, one common reason is that they are getting old. As bearded dragons get older, their metabolism slows down and they may stop eating as much as they used to. If your dragon is getting old, you may need to increase the amount of food it eats to make sure it gets enough nutrition.

Mouth rot, or stomatitis, is a serious and often fatal infection of the mouth that can affect bearded dragons. The first sign of mouth rot is usually a decrease in appetite. Other symptoms include swollen gums, drooling, and difficulty eating. If you think your dragon may have mouth rot, take it to the vet for a diagnosis.

14. Not Getting Enough UVB lighting

Bearded dragons are shy and easily stressed creatures. If you handle your dragon too much, it can become stressed and stop eating. If you want to hold your dragon, make sure to do it gradually and in short bursts so it doesn’t become overwhelmed.

How To Bathe A Bearded Dragon?