What Does It Mean When A Bearded Dragon Waves?

What Does It Mean When A Bearded Dragon Waves? Bearded dragons are lizards that are native to Australia. In the wild, they live in arid and semi-arid habitats, such as deserts and rocky outcrops. In … 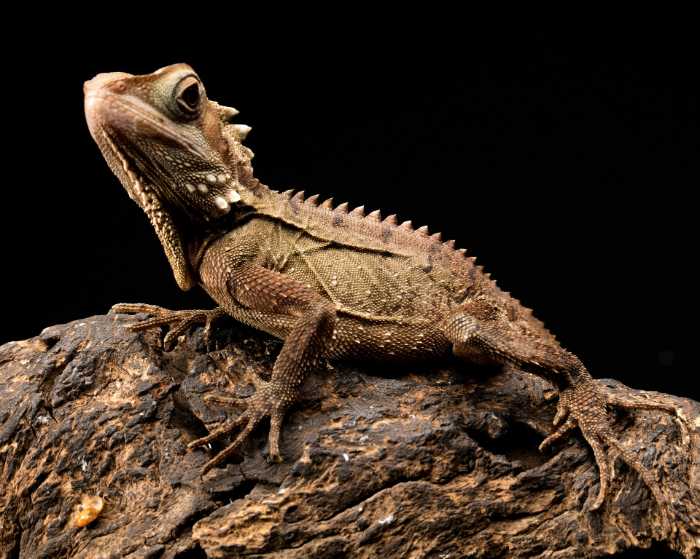 What Does It Mean When A Bearded Dragon Waves? Bearded dragons are lizards that are native to Australia. In the wild, they live in arid and semi-arid habitats, such as deserts and rocky outcrops. In captivity, bearded dragon owners claim that they make a popular pet due to their docile nature and interesting appearance.

One behavioral quirk that many pet bearded dragons wave. When a bearded dragon waves, it will extend one or both of its arms out to the side and then quickly bring them back in towards its body. This behavior is also sometimes accompanied by bobbing the head up and down.

What Does It Mean When A Bearded Dragon Waves?

Bearded dragons are known for their arm-waving, which can be seen as both cute and submissive. It shows that the dragon recognizes another’s presence or dominance over it to establish communication with them.

Dragons are usually solitary creatures, but if you see another dragon in your area it can cause stress and make them wave their arms around.

You might notice that the inflated blackness of its beard has an aggressive tone too- this means they’re trying to assert themselves as king or queen.

Waving can be an important sign of stress for your dragon. Sometimes waving can reflect stress from an enclosure set up incorrectly, such as when the glass in your dragon’s tank is reflective enough to make it seem like there’s another bearded dragon.

So, Why Do Bearded Dragon Wave?

There are a few different theories as to why bearded dragons wave. One possibility is that it serves as a form of their communication.

For example, a bearded dragon might wave to indicate that it is friendly and wants to be petted.

Alternatively, a bearded dragon might wave its arms to defend itself or to intimidate another animal or person.

Another possibility is that waving is a form of exercise for bearded dragons. Bearded dragons are ectothermic, meaning that they rely on external sources of heat to regulate their body temperature. To warm up, they often bask in the sun or under heat lamps.

Behavior Of A Juvenile Bearded Dragon

Bearded dragons often wave to show that they are calm and submissive. Young bearded dragons more frequently use this behavior because it is a lot of their surroundings, like new things for them or those around them; whereas an adult will only do so if he feels threatened which makes sense since these guys have been through countless battles by now.

Certain parts of your bearded dragon’s cage may make it feel subservient or threatened, leading it to wave its arms. The tank may be too small and cluttered with not enough hiding spots, which makes the animal feel trapped in an unneeded space as well- crowded, or perhaps it’s big enough but you don’t know what else needs attention.

This could also lead him/her on edge since there isn’t anything specific around at all times to make sure everything stays safe.

Female bearded dragons will slowly bob their heads to show that they are ready for mating. If the female does not do this, it could mean she is stressed and doesn’t want any attention from you or others in your household; so leave her alone.

Is It True That All Bearded Dragons Wave?

Waving is not a necessary behavior for all bearded dragons. Some may simply feel very dominant and don’t need to wave to communicate their submissive status or comfort level with others around them, though it can also mean that the individual feels healthy enough not to display this unnecessary trait.

Is Gender A Factor In Arm Waving?

Female bearded dragons can show submission by waving their arms in a sign of deferment, just as males do during mating time.

The difference between the genders is that females will only do this if they are lower ranking than another individual whereas males might bob their heads or wave about to submit themselves altogether.

Should You Be Concerned If Your Bearded Dragon Waves?

The act of waving isn’t always a cause for alarm. It could be a simple expression of submission or worry. However, you should be on the lookout for other indicators of stress, such as a loss of appetite, lethargy, or a change in bowel motions, which could suggest a health problem.

When a bearded dragon waves, it is trying to communicate with you. It may be asking for food, water, or just wanting to be left alone.

Bearded dragons are very intelligent creatures and can learn to understand many different gestures and signals. If you take the time to learn what your bearded dragon is trying to tell you, you will have a much better relationship with your pet.

How To Take Care Of a Baby Bearded Dragon