How to Stop Bearded Dragons from Seeing Reflection?

Glass surfing, also known as glass dancing, is a behavior in which your bearded dragon feverishly claws at the glass on the terrarium’s side. This is generally because the bearded dragon notices his reflection in … 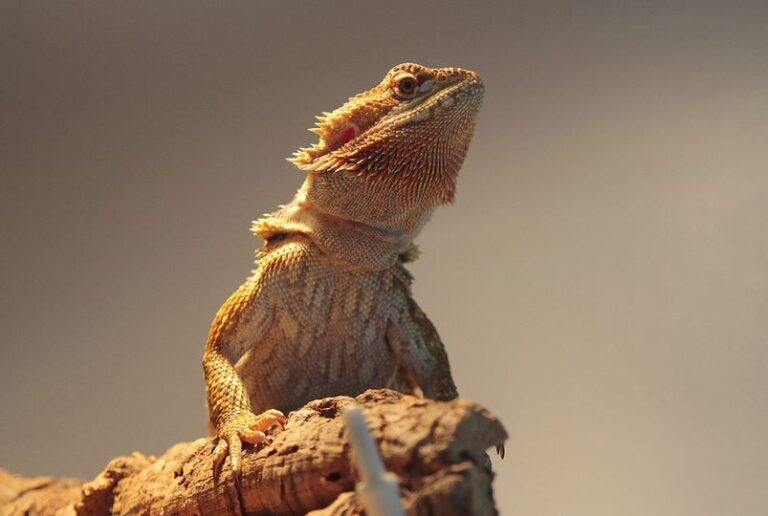 Bearded dragons are excellent pet dragons. They’re laid-back, non-aggressive creatures who don’t mind being handled, and they’re also full of personality. They do, however, require the proper equipment, which includes a big vivarium, a basking lamp, UVB light, and insects to consume.

We’ll show you how to prevent your bearded dragon from seeing his reflection in this blog post. Bearded dragons’ enchanting world is a fascinating place of mystery, enchantment, cuddling, love, and worry!

Is It Bad for Bearded Dragons to See Their Reflection?

Feeling threatened by its own reflection in the glass can cause stress.

When your dragon is under duress, he will begin to glass surf. Boredom or hunger, as well as poor substrate, illumination, or temperature, can cause stress in a bearded dragon.

A bearded dragon’s stress can manifest itself in a variety of ways. It is up to the pet owners to figure out what is wrong by reading these indicators. Of course, you should take your pet to a trained reptile veterinarian as soon as possible if they start acting strangely.

Do Bearded Dragons Get Used to Their Reflection?

Bearded dragons don’t know that their reflection is merely their own, mistaking it for a neighboring bearded dragon with whom they can interact or be threatened.

The first thing you should do is give him some time; it may just take a few days! You may have to go to extremes to get him to settle down. I can understand how a scenario like this may be difficult, since every time he attempts to assert authority, the “other dragon” will do so as well, and if he backs off, the other will as well, tempting him to assert dominance again, and so on.

Fortunately, reptiles, despite their reputation for being dumb, are excellent learners who can see patterns and act on them, so there’s a chance he’ll just settle down with time!

How Do I Stop My Bearded Dragon from Attacking His Reflection?

Construction paper taped approximately 4″ across the front glass and 8+” around the sides might be used to keep your dragon from attacking his reflection. Allow it to sit for a time; it should help him relax. Alternatively, they may just use a fantastic backdrop that wraps around their tank’s back and sides.

How Do I Get Rid of My Bearded Dragons Reflection?

Get a backdrop from the pet shop and place it in the interior of the tank with double-sided tape on the top and bottom. Add some ornamental weight around the borders, but only in such a way that you can still see him. Finally, you may choose to cover 1-3 of the sides with an aquarium-themed backdrop.

Bad tank setups can even cause bearded dragon sunken eyes!

How Do I Stop My Glass Tank from Reflecting?

First and foremost, ensure that the space he is in is adequately lighted and that his enclosure is not overly bright. This may well be accomplished by encompassing his basking space in plants or logs, which can stop lightweight from putting the glass and inflicting a mirrored image. It’s also a good idea to keep the glass tank near a light wall.

9 Reasons Why Your Bearded Dragon Scratching the Floor