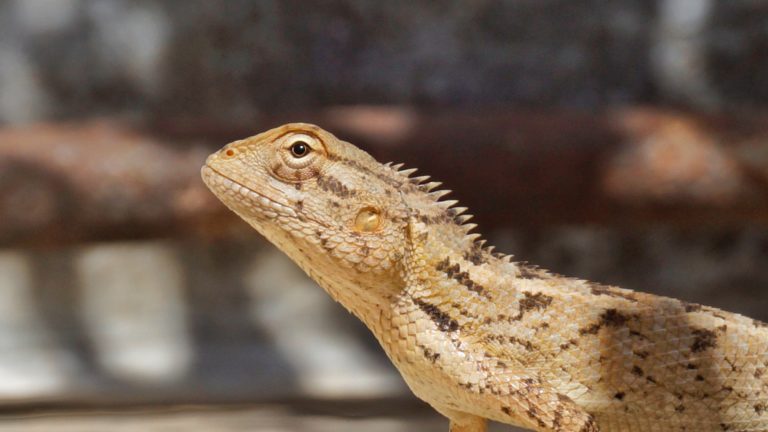 When you see a sick bearded dragon, some obvious signs and symptoms should not go unnoticed, common bearded dragon dying signs could be an indication their lifeblood isn’t flowing properly because there has been some kind of damage or interruption somewhere along its travels through the bloodstream: If your bearded dragon is lethargic, has lost its appetite, or is having trouble moving, it may be dying. If you notice any of these signs, take your pet dragon to the vet immediately for professional medical advice.

If they’re not eating or showing any interest in what you have to offer, then there’s a chance he might be moribund and about ready for his last leg.

Moribund dragons will also show symptoms such as dull gray skin without shedding, and discolored patches, Bearded dragons are often subject to a variety of skin conditions that can be seen on their bodies. The most common is mouth rot, tail drop-windpipe infection and yellow fungus all present as discomfiting open wounds or inflammation near the dragon’s oral area – which will cause it to hang its head in shame if you’re unfortunate enough for this type.

Unresponsive behavior includes being lethargic but not in the brumating period (which occurs when sleepy), sunken eyes, and wrinkly skin.

Observing when your beardie goes to the toilet is important for making sure they’re healthy. If you don’t see evidence that he’s eliminated in several days, there could be an obstruction caused by anything from constipation up to blockages due simply too much waste material building inside their body cavity – which can lead him straight towards death if left untreated! While some things such as bathing them might help with going at first glance- Consulting a vet would prove far more fruitful than trying home remedies alone because we understand just how.

It is important to know the difference between healthy and unhealthy movements. If you notice your beardie has watery stool or blood in their curly-Q’s potty duties, it could be an indication that they’re suffering from parasites that will need medical intervention as soon as possible.

Another sign of illness might mean there are problems with diet (especially if a bad smell comes out when pooping), improper hydration & lighting conditions plus temperatures make sure everything is set right by checking these factors first before adding more stress onto him/herself by guessing at what might have caused his condition.

The beardie deserves to be pampered just as much, if not more so than any other fish in your tank. When you notice that they are staying still or moving less than usual – this could mean something is wrong with their habitat. Check out the lighting and heat levels around his/her area for clues about what might have caused him trouble; make sure everything’s cool (literally) by adding some decor like plants onto invisible surfaces near enough where he can’t get too close without being touched first.

Behavior changes are common in beardies as they prepare for brumation or go through it. A healthy animal will be active and alert, but if your pet seems sluggish then you should take them in to see the vet so that we can make sure everything is okay

While it’s not uncommon for your bearded dragon to go without food daily, a lack of appetite when combined with other symptoms can be concerning. The following are some of the most common reasons a beardie will refuse to eat:

Be sure to check for the following possibilities if your beardie has no appetite and is losing weight. They may have parasites, fungus infection, organ failure, calcium deficiency, an impaction, or issues with their diet (like not being able to eat what you put out).

There is a serious disease among beardies and other reptiles called Metabolic Bone Disease (MBD). One sign of this disorder may be trouble moving; these creatures appear to have little control over their limbs, which causes them twitching or tremors coupled with lethargy.

Bearded dragons are prone to a number of ailments that can cause immense pain for owners, such as bone deformation. softening along their spine or swelling on jaws; problems catching live insects due to an inability to move correctly which impairs them from catching fast-moving bugs like crickets. Life-threatening issues might also arise if your lizard appears dragging itself around the tank with no functioning back legs while having trouble getting outta sight before it gets eaten.

Several common beardie health concerns could affect your pet. These include tail rot, mouth fungus, and yellowing skin which can all be seen by looking at the creature’s appearance including discoloration around their mouth or open wounds with inflammation on it due to infection for example in this case. Another indication would simply mean an animal isn’t shedding its old skins anymore-they’ve turned white because these hairs haven’t been shed yet.

Bearded dragons can be a bit more difficult than other types of lizards to care for but it’s well worth the effort. The bearded dragon has sunken and droopy eyes which makes them look pitiful in appearance as if they’ve given up on life altogether.

The bearded dragon has an infection that is not seen as often in other lizards such as iguanas. Mouth rot can cause pinpoint hemorrhages on the gum or tooth loss due to excessive thick mucus, which could be cottage cheese-like consistency and appear with swelling around it too.

How To Pick Up A Bearded Dragon?